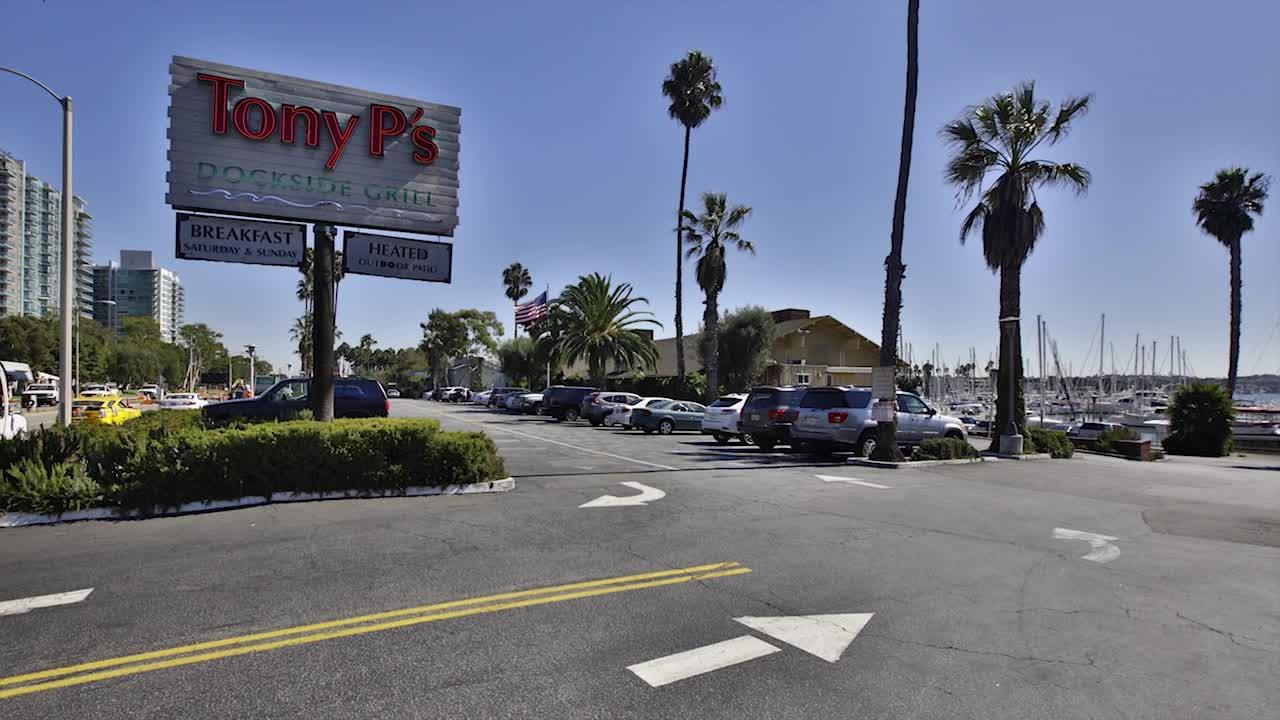 A LITTLE HISTORY ON TONY P’S

Dan Ringwood and Tony Palermo have been in the restaurant industry for over 48 years. Meeting in Detroit, Michigan in 1975 as cooks, they carefully planned their future and dreamed of opening a restaurant. Confident in their skills, they decided it was time to move on. Tony entered a thirteen state chili cook-off and took first place honors. He came to Los Angeles for the United States finals, but finished in a disappointing 4th place. However, he had the insight to tour L.A. to see if the West Coast held the answer to his and Dan’s dream. Three months later, California become home to the newly unemployed duo. With no contacts and needing $$$, both set out to establish themselves. Tony landed a job as the Executive Chef at the Hard Rock Café. After several years in that position, he was promoted to Director of Operations for the chain. Danny was hired by Trumps, a 5 star restaurant in West L.A. as the assistant Pastry Chef. After developing his skills for several months, he was appointed Executive Pastry Chef.

In early 1985, having never lost sight of their true goal, the two quit their respective jobs and began the long, difficult task of building their dream restaurant.

On December 26, 1985 that dream became a reality. Teasers Restaurant had been a mainstay in Saint Monica downtown Promenade for over 16 years, finally closing its doors on Friday November 30th 2001. Teasers was know as a local, fun, inviting, friendly, great food store that was a meeting place for celebrities, politicians, tourist, locals and people of every walk of life. In late 1996, Tony P’s became the second vision of Tony and Danny’s. After purchasing Charlie Brown’s and spending a hard, difficult, three months remodeling the restaurant, it was reopened on Super Bowl Sunday , 1997. Now celebrating their 22nd year of operation in Marina del Rey. Tony P’s has become the place to be!

An active resident of Westchester and co-owner of Tony P’s Dockside Grill in Marina del Rey, Tony Palermo is dedicated to community service on both a personal and business level. Palermo served as a board member of the Santa Monica Convention and Visitors Bureau for five years and was chairman for two years. His efforts have helped the bureau play a key role in attracting new business to the area and generating tax revenue.

Active in the redevelopment of the Third Street Promenade in Santa Monica, Palermo played a significant role in the Promenade’s maturity as one of the Westside’s chief attractions. He has served for five years on the Board of the Santa Monica Chamber of Commerce, including two years as Vice President. Served as Chairman of the Board of the LAX Coastal Area Chamber of Commerce for the 2012 / 2013 year. He has served mutable terms on both the board and the Executive Board for the LAX Area Chamber of Commerce. He also serves on the Marina del Rey Convention and Visitors Bureau. Tony was on their executive board and served as Treasury. He was a founding member of the Santa Monica College Trade and Tourism Advisory Committee, the Playa Sunrise Rotary Club and the Marina del Rey Sheriff’s Station Support Unit as well as having served on the Marina del Rey Sheriff’s Station Community Advisory Committee.

Professionally, Palermo served from 2004 to 2022 on the State Board for the California Restaurant Association, the largest and longest serving nonprofit restaurant trade association in the nation representing more than 88,000 food service establishments in the Golden State. He served for two years as President of the Los Angeles Chapter of the California Restaurant Association (2006-2007), having previously served 2 years as that organization’s Vice President. Tony now sits on the L.A. Chapter Board with the great title of Past President. Tony P’s Dockside Grill, owned by Palermo and his partner Danny Ringwood, has become a fixture in the community, sponsoring everything from youth athletic teams and the annual Fourth of July Parade in Westchester to the annual Santa Claus tour of the neighborhood and local schools.

Palermo was honored by the Westchester/LAX–Marina del Rey Chamber as the 2000 Outstanding Merchant, the 2001 Outstanding Member, and received a Friend of Education Award at the annual Teacher Eddy Awards in 2001 for his contributions to education. In 2002, Los Angeles City Attorney Rocky Delgadillo recognized Palermo as the Chamber’s Community Service Award winner. Palermo was also named the Boys and Girls Club of Venice’s 2003 Ambassador for National Kids Day, the Boys and Girls Club of Venice’s 2006 Community Leader of the Year and has served as the Honorary Mayor of Westchester and Marina del Rey during the 2003-2004 year. In 2012 Tony P’s Dockside Grill was awarded the Business of the Year Award from Senator Ted W. Lieu who chairs the Senate Labor Committee and represents the nearly 1 million residents of Senate District 28. In 2014 Tony was awarded the Jim Bunch Spirt Award from Assemblymember Steven Bradford and the LAX Chamber of Commerce. In 2014 Tony was awarded the "Kids Need Hero's Community Pillar Award" from the Westchester YMCA. In 2015 Tony received the Sunrise Community Service Award from The Playa Venice Sunrise Rotary Club for his community Service. He also received a Commendation from Don Knabe the Forth District Los Angeles County Supervisor for his work in the community. 2015 Tony P's was awarded the Certificate of Special Congressional Recognition for their participation in High School Art Competitions. 2016 the LA. County Fire Department awarded Tony P's with a Certificate of appreciation for their support.

In 2018, the Los Angeles Chapter of the California Restaurant Assocation honored Tony with the 21st Annual Elizabeth Burns Lifetime Achievement Award. The yearly honoree is more than a great restaurant operator, but someone who gives back to their community and works to advance the goal of the CRA.

In 2020 The Airport Marina Counseling Service awarded Tony with their Community Builder Award at their annual Spring Well-being Celebration.

Palermo lives in Westchester with his wife, Lauren, and his two daughters, Francesca and Nicolette